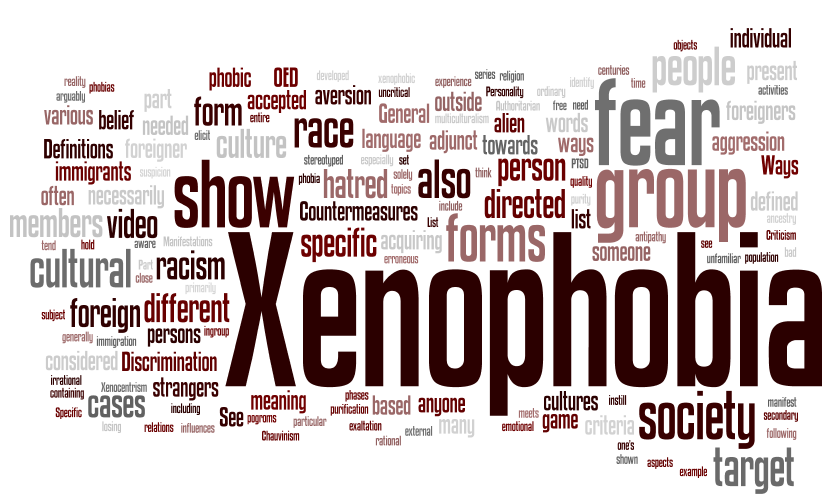 In the last year, Dorota was twice attacked, once on a bus, and once at her school

When Dorota moved from Poland to England as a nine-year-old child, her mum said their lives would be ‘better’ and she’d make new friends in no time. Dorota did not want to move, or leave her grandparents and friends, but she did not have a choice. The first few years in England were not easy and the family struggled – learning the language, Dorota’s mum had to change jobs often and they moved around a lot. Now, in her late teens, Dorota is getting ready for her exams, with plans to study accountancy at university. She says she feels happy in England and she was planning to stay in the UK, but the Brexit vote had changed everything. In the last year, Dorota was twice attacked, once on a bus, and once at her school.

Dorota is one of the over 1,000 Eastern Europeans aged 12-18 who took part in the first study of this scale carried out by researchers from the universities of Strathclyde, Plymouth and Durham, which is presented at the British Sociological Association’s conference in Newcastle today. Like Dorota, the majority of the young people in the study said they had seen an increase in the incidents of xenophobia and most felt worried and angry about the UK’s decision to leave the European Union. Many felt a sense of rejection, and Brexit has changed their sense of belonging in the UK. Anka, a 14-year-old Lithuanian, said: “I don’t feel as much as a part of England after Brexit as I’m uncertain of the future. However, I don’t feel as a part of Lithuania and I couldn’t go back there.” This in-between-ness was a common feature of young people’s accounts.

Young Europeans living in the UK are likely to be impacted considerably by the decision for Britain to leave the European Union. Some of these impacts are already manifest, such as the sharp rise in applications for British citizenship from EU citizens and the recorded increase in out-migration of EU citizens since the Brexit Referendum. Securing their status in the UK is on the mind of many- however, as the current citizenship fee is prohibitive for many (at £1,330 per person), young people and their families are weighing their options.

In Dorota’s case, the plan is to secure Dorota’s citizenship first- to make sure she can go to university. The lack of clarity over EU migrants’ rights post-Brexit makes families prioritise their children’s future first- with the increasing risk of having some family members with British citizenship, and others left at risk. The majority of young people in the study (82.7%) felt that they belonged in the UK, and this feeling of belonging appeared to become stronger the longer young people had lived here. Many said there is no ‘going back’ for them, as they left their countries of birth as children and only visited on holidays – for Anka, the main concern was her written Lithuanian – while transnational children often use two or three languages regularly, reading and writing in their home language can be a challenge.

One of the most concerning aspects of the study was the reports from the young people on the increasing levels of racism and xenophobia in their neighbourhoods since the Brexit Referendum. This had changed the way they felt about their neighbourhoods and the UK- and was a trigger point for some to think about moving, perhaps to another country. Half of the young people in the study said they have seen more racism and discrimination since the Brexit vote and over 75% said they experienced personal attacks, from verbal abuse, being told to ‘go back’ to their country or being called names, such as ‘terrorist’, ‘prostitute’ or ‘bin scrappers’.

To protect themselves, young people said they started avoiding speaking their home language in public, learnt to put on a local accent or tried to ‘blend in’ through the clothes they wore or their appearance

For young people who think of Britain as their home, these experiences are deeply distressing – many told about the disruption to their sense of identity, like Arthur: “I moved here when I was six years old, and even though I speak English with a British accent, as a result of using the language for over 11 years, when people find out I am Polish, I often face racism and discrimination. I find that I belong as long as no one finds out my nationality.”

The rise in hate crime rates was put at 41% by a Home Office report in the year immediately after the Brexit vote, with 5468 incidents recorded. This is likely the tip of the iceberg- young people said they do not normally report incidents, as teachers or police would not treat these incidents seriously- possibly because they are white. As over 500 young people, half of the participants, described incidents they were victims of or they witnessed, the evidence shows that being white is not a protective factor for young people from migrant background living in post-Brexit Britain. To protect themselves, young people said they started avoiding speaking their home language in public, learnt to put on a local accent or tried to ‘blend in’ through the clothes they wore or their appearance. Fears of discrimination and attacks leads young people to deny who they are and their multicultural identity.

So what next for EU-born young people who moved to the UK? Living with the ongoing uncertainty is clearly stressful – one in 10 reported suffering from anxiety and depression and the majority are worrying about their future. The prospect of Brexit is not concerning for all young people in the UK.  With high aspirations to complete their education in the UK, young Eastern Europeans are however determined to wave the Brexit transition – three in four said they think they would live here post-Brexit. But most say it is now a ‘wait and see’ time- see if they can secure citizenship, see if the racism subsides and communities come together a bit more, see if their future in the UK is as bright as their parents imagined it when they made the decision to move them here.